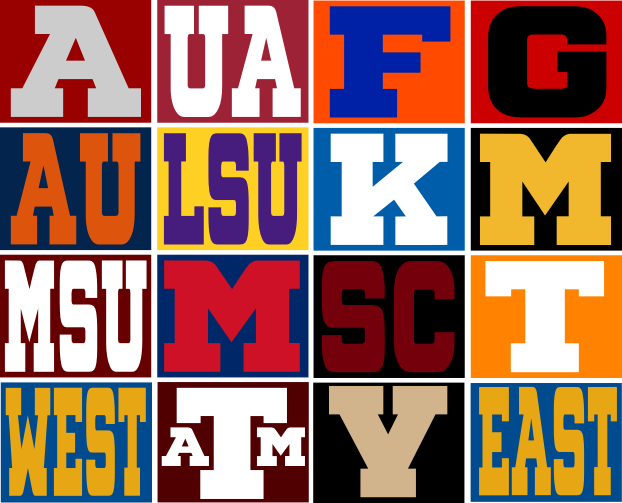 SEC Football Online helps football fans find out how, when and where to watch SEC football games live online.

The SEC was established in December 1932, when 13 members of the Southern Conference left to form a new conference. Ten of the thirteen charter members have remained in the SEC since its inception.

Current Members of the Southeastern Conference

The Southeastern Conference is divided into the East Division and the West Division. The two regular season division champions play each other in the SEC Football Championship Game every December.

We go to great lengths to get the most up-to-date online broadcasting schedules from all of the schools. Feel free to explore our website to learn more.

Find out when and where your favorite SEC football team plays with our SEC Football TV Schedule. Each weeks SEC football games are updated along with game time and channel.

You can also watch SEC Network Alternate online when the big games happen to kickoff at the same time. Get thousands of live SEC sporting events at SEC Network Plus online.

We are not affiliated with the SEC or any of its member schools. Click here to visit the official website of the Southeastern Conference.